Light makes photography. Embrace light. Admire it. Love it. But above all, know light. Know it for all you are worth, and you will know the key to photography.

Kodak and Digital Photography circa 1994

The The recent press coverage and various discussions about Kodak’s bankruptcy filing last month caused me to start thinking about the major role Kodak has played in my photographic life. From my first camera, a Kodak Brownie Hawkeye, through Kodachrome, Ektachrome and Tri-X PAN to the APS-C format sensor in my Nikon D7000s, Kodak has always been a major presence. The comments that Kodak invented digital still photography made me think specifically about my early days with digital photography. 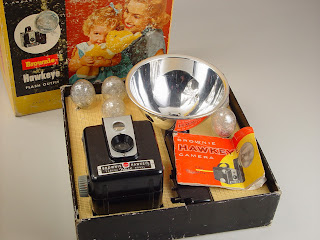 My experience with digital photography began in 1994 with the Kodak Photo CD. Photo CD was a system of digitizing and storing up to 100 photos in a proprietary format at 5 different resolutions up to 6.3 megapixels. Photo CD Pro Master discs had 25 photos in 6 resolutions up to 25 megapixels. At the time, for Photo CD, I was shooting Kodak Royal Gold at ASA 100 and 400 with Nikon F3s and prime NIKKOR lenses. I would have my film processed by Kodak and would receive negatives, prints and a Photo CD with the photos for about $1 a frame. This was a big deal in 1994; digital photography in 1994 was expensive. The alternatives were more expensive drum scans of negatives and transparencies or the Kodak DCS 460. The DCS 460 was a Kodak digital back mated to a Nikon N90s body; it had 6 megapixels and retailed for $28,500 (about $43,500 in today’s dollars).

Workflow with Photo CD images was to open the Base image, 512 x 768 pixels or about a 1.2 MB file, turn on a macro recorder and then start editing the base image. The macro recorder captured mouse clicks and keystrokes, saving them for later. At the end of the day, you would close all your applications and restart your computer, ensuring a clean machine with fully available resources. Then you would launch Photoshop, open the 16 Base image, 2048 x 3072 pixels or an 18 MB file, launch the macro and go home for the night. If all went well, you had an edited 16 base image in the morning. With a resolution of 96 dpi, the 16 Base image had what Kodak described as a “poster” size of 32 x 21 inches. At 300 dpi this yielded an image approximately 6 ¾ x 10 ¼ inches.

Another cost of digital photography in those early years was time. Since final image editing was automated and occurred overnight, this didn’t really count. The major time investment in those days was waiting for screen redraws. Forget about “previews” as we think of them today. Even with a fast processor, coprocessor and lots of memory, video was the big bottleneck. Even with video acceleration, it took seemingly forever for the image to redraw on the screen. The only solution to this was the fastest video card you could afford with as much video memory as possible.

One final word about memory; it is true today that Windows loves memory, it was even more so in 1994. By contemporary standards, the 32 MB of RAM that I had was outrageous. This amount of memory contributed to my system being fast and stable; I did not experience the “Blue Screen of Death” that so many complained about. Having 32 MB of RAM installed allowed me to run Photoshop and PageMaker at the same time and still have a print job running in the background. It was an unusual, but necessary, luxury to be afforded so much memory. By comparison, today I am running an Intel Core i7-3960X with 32 GB of RAM installed for which I paid considerably less than that 386-DX40 from 1994. Thank-you Gordon Moore.

Posted by Daniel Humphries-Russ at 12:09 PM No comments: